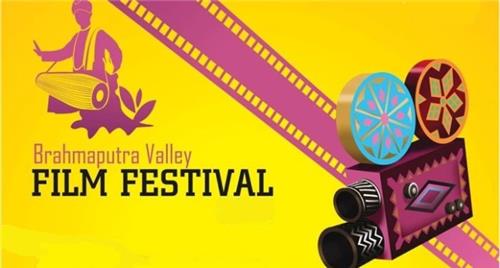 Brahmaputra Valley Film Festival is organized every year to encourage the new and established filmmakers to get together and exchange the innovative and new aspects of film making. This film festival is dedicated to the Northeastern Film Fraternity. Every year the festival features the work of some of the well known and talented directors who have brought significant change to the film industry.
Coming weekend it is going to be a fun filled weekend for the people of Guwahati. Who doesn’t love to watch new movies, short films for free? The Tattava Creations is organizing the 3rd Brahmaputra Valley Film Festival and the grand success of previous two versions. As per the organizers, the film makers and the general public have encouraged and showed much enthusiasm for the event for the 3rd consecutive year. The film festival will be held at the Pragjyoti ITA Machkhowa auditorium from 24th of April to 26th of April. 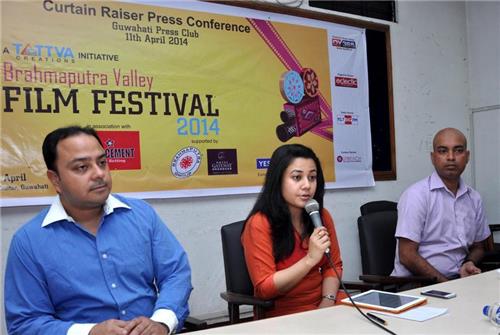 The organizers, as a part of the film festival have opened a contest for new directors to show their talent through short films of a duration of 10 minutes or less. The film festival contest is open for all the film makers from the north eastern states of Assam, Arunachal Pradesh, Manipur, Tripura, Nagaland, Meghalaya, Mizoram and Sikkim. To enter in to this film festival contest, the film makers have to submit their films online for preliminary screening. Once the films are short listed by the judges, top three films will be selected and the film makers will be awarded one lakh rupees each for their state of art work. They will also bag an opportunity to work with Bollywood directors in their future projects. This will be an opportunity for the new and upcoming directors to make contacts with some noted, well known and national film makers.

The people who will be judging the films of these aspiring directors will be acclaimed filmmakers from Bollywood and also from the north eastern region. Out of all the submissions, 10 films will be aired in the film festival.


Support from the Government

The Assam tourism this year (2015) has extended its support to the film festival and is promoting it as part of its tourism advertisement. Assam which is rapidly becoming a favored tourist destination for people from both India and outside is using this opportunity to bring people to view their films and encourage the people to get to know about their culture.

The entry to the film festival is free. People get to watch some of the best short films, documentaries and movies of the region. The guest of honor includes some of the well known figures from the Indian film industry.

The film festival starts on Friday 24th April at 10:45 AM. The opening ceremony will be done by the Honorable Chief Minister of Assam Shri Tarun Gogoi along with the special guests Kunal Kapoor and Rajkumar Hirani. The festival continues until 6:30 PM in the evening. The closing ceremony of the film festival will be at 7:00 Pm on Sunday the 26th of April. Along with the screening of movies and documentaries, there will be cultural programs too.

So, if you have not planned anything for this week end, make sure you are present at the 3rd Brahmaputra Valley Film Festival. This film festival promises to make your weekend fun filled.


Explore more about Culture of Guwahati