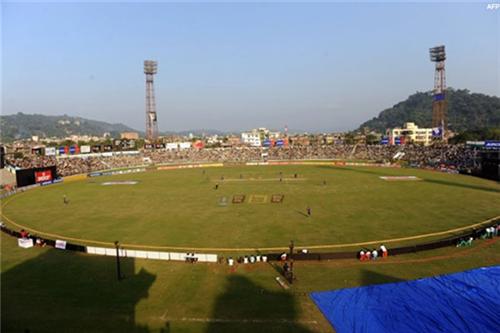 The city of Guwahati has a number of stadiums across the town hosting many sports and events.

These stadiums regularly witness many sporting events like football, cricket, hockey and many other sports which are held here. Some of these stadiums in Guwahati include:

Nehru Stadium is one of the major stadiums of Guwahati. It is located in Stadium Road in Guwahati near B. Baruah College. The stadium hosts many matches like football and cricket. It is a multipurpose stadium managed efficiently by the Board of Sports of the Assam Government.

The Nehru Stadium was established in the year 1962 for holding major cricketing events and other popular field sports. The stadium has a capacity of around 30,000 people during a match. The stadium hosted several one day international cricket matches as well as domestic cricket matches. Cricket tournaments of the famous Ranji Trophy, prestigious Duleep Trophy and the Deodhar Trophy are being held in Nehru Stadium. There have been 14 One day international matches held in the stadium. There are also football matches of Bordoloi Trophy, prestigious Federation Cup and the Santosh Trophy held in Nehru Stadium.  Football teams of international repute, football clubs and players from foreign countries have also played in the Nehru Stadium.

The Indira Gandhi Athletic Stadium, also popularly known as the Sarusajai Stadium is located in Sarusajai area of Guwahati adjacent to the NH 37. 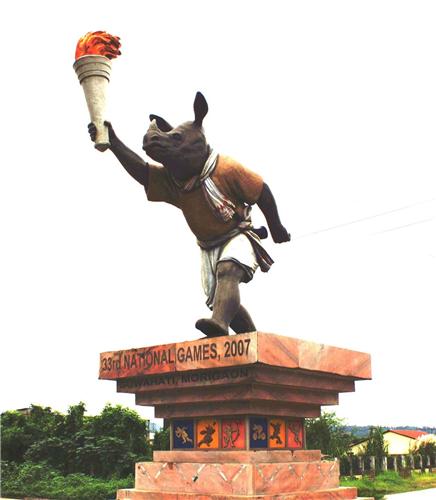 The Sarusajai Stadium was built specially to host the 33rd National Games of India held in the year 2007 in Guwahati city. The stadium is a tribute and named after the third prime minister of India, late Indira Gandhi.

There are also several parts like the Dr Zakir Hussain Aquatic Complex and the Nabin Chandea Bordoloi Indoor Hall in the Sarusajai Stadium complex.

The one tier stadium has a holding capacity of 35,000 spectators and has roofing over the main stand.


The Sarusajai stadium also holds football matches with the first being the friendly international match held between India and Malaysia held in the year 2011.

The Barsapara Cricket Stadium is smaller in comparison to the Nehru Stadium. This stadium is used for hosting cricket matches with the first match being played is the Inter State Assam Odisha East Zone Senior Women one day match played on 4th November 2012.

In addition to the above mentioned stadiums, there is also the Kanaklata Indoor Stadium and smaller stadiums like the NF Railway stadium in Maligaon area of Guwahati and the SAI Sports Complex in Paltan bazaar area of Guwahati.

Explore more about Sports in Guwahati