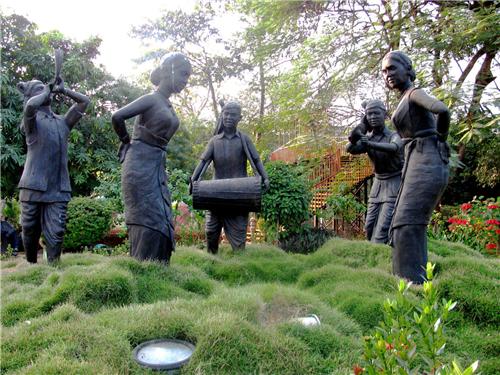 The Nehru Park is a public park situated at the heart of the Guwahati city right opposite to the famous Cotton College at Panbazar area of Guwahati. The park is one of the major tourist attractions in Guwahati, named after the Prime Minister of India Jawaharlal Nehru. The area of the park initially belonged to an age old church but later on the Assam government took over the park. There was also a graveyard in the campus of the park which was later removed by the government.

Nehru Park is located in an age old institutional area of the Guwahati city with a number of reputed colleges located nearby. Right opposite to the park is the prestigious age old Cotton College, built during the British rule in India.

There are numerous trees inside the park that offer a pristine environment in the park. It also has 45 concrete statutes that depict the various dance forms of the state of Assam. There is also an open air theater, rock garden and a beautiful lawn.

Places to shop near Nehru Park