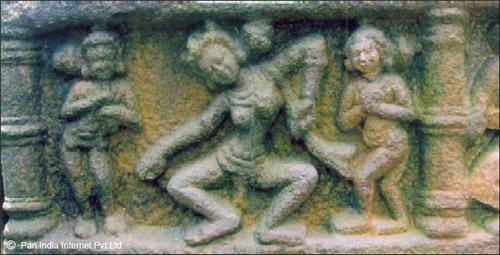 Known as the Khajuraho of Assam, Madan Kamdev Temple is situated to the  southeast of Baihata Chariali at Kamrup district in Assam. It is one of the finest medieval temples in the entire Brahmaputra valley. The temple is dedicated to lord Kamdev, the God of love. The partly ruined sculptures in the temple depict the love story of Kamdev and his wife Rati. The idol curved out of rock-stone resembles that of the idols of Khajuraho in Madhya Pradesh. Sculptures in Madan Kamdev depict romantic association of god and goddess.

The history of the temple goes back to mythological times. Mythology says that Kama or Madan, the god of love, was burnt into ashes by the anger of lord Shiva. Kamdev was reborn and was united with his wife Rati in this place. Madan Kamdev belongs to the Pala dynasty between 10 to 12 the centuries AD. The ruins of the temple area are believed to be the remains of more than 20 temples. The place was unknown to people since several years.

In 1981 excavation works were carried by archeologists. Temples of stone and brick were noticed by them at the site. These temples were in a ruined state. According to archeologists these temples were of religious importance. A water tank has been found in the area that suggests the existence of residential area.

Madan Kamdev is one of the historical sites of Assam. The temple is scattered all around the Dewangiri hillock. The temple has an idyllic backdrop of green hills and flowing rivulet, griffins, nymphs, dancing fairies, gods and goddess in consummate evolutions, walls, pillars, lintels and animals. There are temples made of brick and stone and rare sculptures in the Madan Kamdev.

The ancient Madan Kamdev Temple holds special interest to archeologists. When the thick foliage around the temple was cleared in 1977, revealing ruins of the dozens of temples and sculptures it was a matter of excitement for the archeologists.

The Archeological Survey of India took over the charge of conservation of the temple in 1986. The site has been under the ASI. The organization is responsible for conserving the temple.

Madan Kamdev is a renowned pilgrimage centre and tourist spot of Assam. It is visited by tourists frequently. The temple has idols of lord Siva and Goddess Uma. However, the place is called Madan Kamdev.

Nagara architecture has been used in the temple which has images carved out of monolithic rocks. Erotic images of male and female in sexually excited position have been sculptured in the temple. There is a sculpture of a six headed Bhairav, four armed Shiva, and terrible looking demon. There is stone idol of Apsara, the divine dancer, that resembles the structures of the Ajanta and Elora. The structures in the temple are of immense interest to the tourists.  A large number of tourists and devotees flock the place to worship lord Shiva, the main deity in the temple. Other than the sculptures there are also hills and rivulets around the temple. Tourists also come to the place for enjoying picnic.