Guwahati is among the rapidly growing cities in Northeast India. According to the 2011 census, the population of Guwahati is 963,429 and that makes it the most thickly populated city in the entire northeast. The beautification of the city of Guwahati is completely done under the Guwahati Metropolitan Development Authority, which is solely responsible for the planning and development of the metropolitan region. 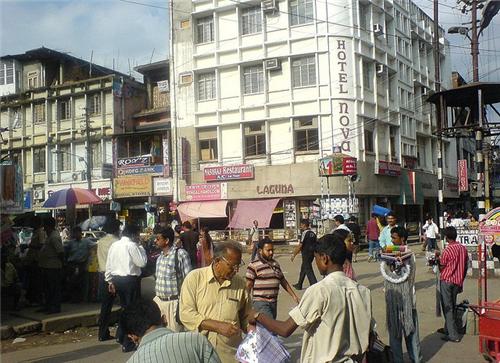 Fancy Bazaar is the busiest commercial district for wholesale and retail market in Guwahati. The place is also the main hub for wholesale products ranging from garments, food and beverages, to building materials and hardware. Fancy bazaar can also boast of having some of the best street food joint and numerous good restaurants.

It is one lively part of the city which is situated on the southern bank of the Brahmaputra. The area is famous for the various book shops spreaded all over the streets of Panbazar. The premier Cotton College is also situated at Panbazar. The place also has some of the main tourist attractions of Guwahati like the Dighalipukhuri, Assam State Museum, District library, etc. all situated at Panbazar. Moreover, the area also a major wholesale market for drugs and pharmaceutical products, and a hub for printing and publication.

It’s a long stretch road between Ganeshguri and Paltan Bazaar; G S Road has emerged as the new and the trendiest commercial hub of Guwahati.  The place boasts of some of the finest malls and showrooms that Guwahati has to offer. From multiplexes to some finest A1 restaurants, G.S. Road in recent times has become one of the most sorts after places in Guwahati.

It is the hub for transportation and hotels in Guwahati. With Guwahati railway station, bus stands, numerous restaurants, hotels and some government offices, Paltanbazar is the busiest and most congested areas in Guwahati. 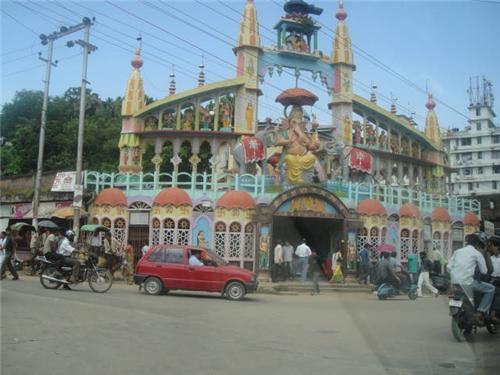 Ganeshguri is another most developed commercial area in the southern part of Guwahati. The places has some of the best brand outlets and eating places, retail shopping areas and small businesses that also makes it one of the most important markets of Guwahati. outside of the city-center. Its proximity to the state capital complex and rapidly growing southern residential areas have made it an important city sub-center. Ganeshguri is a busy part of the city with, hotels and restaurants.

It is the most famous traditional weekly vegetables and fruit market of Guwahati with historic importance. Beltola bazaar has existed since its historic past and is an important traditional trading point between the people from Meghalaya (Khasi hills) and local people. It is a rich market with local food products.

The Assam Trunk Road, popularly known as A T Road, is the business hub of the North-East India situated near Fancy Bazaar. The place is home to big business houses in the city and stores all kinds construction material. AT Road is closely intertwined to most some of the most prominent business areas of Guwahati like Fancy Bazar, Athgaon, Paltan Bazar, Bharalumukh, Panbazar, Machkhowa, etc.

Other than these, some other important localities of Guwahati include