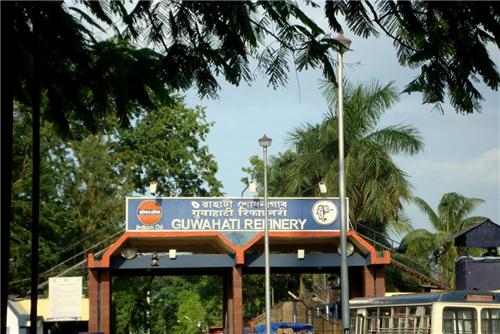 The refining capacity of Guwahati refinery was gradually increased to 1.0 MMTPA. With the first pilot plant for in house technology of Indian Oil, the INDMAX, the ISOSIV and Hydrotreater, the Guwahati Refinery has been able to produce eco-friendly fuels. The Guwahati Refinery also produces various products and then supplies them to the northeastern states and also beyond to Siliguri through the Guwahati-Siliguri Pipeline. The pipeline spans a distance of 435 KM and is the first Pipeline of the Indian Oil commissioned in the year 1964. Maximum products produced from Guwahati Refinery are evacuated through this pipeline and some also through road transportation.

Entering into the era of creating and maintaining ecologically friendly fuel, the Guwahati refinery has installed INDMAX unit, a first in-house technology unit developed by the R&D Centre of Indian Oil. The Indmax unit works on Fluidized Catalytic Cracking process which is similar to other fluidised Catalytic Cracking Units. Hydrogen which is a major requirement for units like the Hydrotreater and the ISOSIV, it is produced from the Hydrogen Generation Unit of Guwahati Refinery for which the feed Light Naptha (LN) is generated from Naptha Splitting Facility. It is then converted to Hydrogen using the steam reforming technology. The Sulphur Recovery Unit of Guwahati Refinery takes care of sour off gases produced from the various units for removal of Hydrogen Sulphide. It is done by the Amine treatment by which the sulphur is recovered from the gases.

Guwahati Refinery is committed in its responsibility towards the society and its community also in addition to safeguarding and preserving nature’s ecological balance. It also took measures for the improvement of safety, of health and environment standards due to progressive proximity of community settlements around the Refinery. 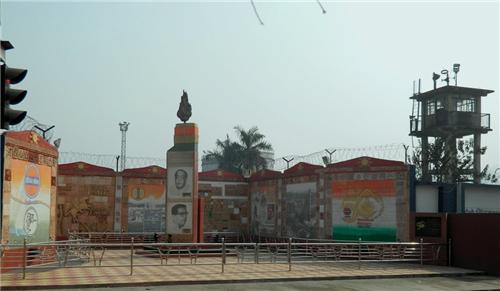 Some of the measures include plating of trees, improving drainage systems, cleanliness drives and substantive programmes adopted on World Environment Days to improve awareness of individuals and collective responsibilities towards environment preservation. The Guwahati Refinery has also constructed the Sanjeevani Udyaan keeping in mind the preservation of ecological balance. The motto “Prakriti Ke Saath – Pragati Ki O’r” explains Guwahati Refinery’s commitment to environment.

The Guwahati Refinery has regularly improved its operations in terms of implanting energy efficient state-of-the-art technologies and production of clean fuels. The Indane Maximisation (INDMAX) technology, which is in-house technology developed by the R&D Centre of the Indian Oil is designed to achieve LPG yield as high upto 44%. The INDMAX technology was firstly commissioned in Guwahati Refinery.

Emergency planning and immediate response is also ensured through Onsite and Offsite Disaster Management plans and regular periodic drills conducted on simulated scenario. In order to check air pollution, Guwahati Refinery has set up a Continuous Ambient Air Quality Monitoring Station which monitors ambient air quality continuously. Many efficient mechanisms for water pollution prevention and control are also there in the Refinery.

A chlorinator, used to combat slime and algae formation is also under installation in the refinery to provide continuous treatment effluent chlorinated water. The Guwahati Refinery has taken initiatives for solid waste management and has been identified areas in the refinery where it plans to utilize solar energy for getting hot water. The Guwahati Refinery has also qualified for the TPM Excellence Award and will soon acquire the TPM Sustenance Award certification.

How to reach Guwahati Refinery

Explore more about Business and Economy of Guwahati