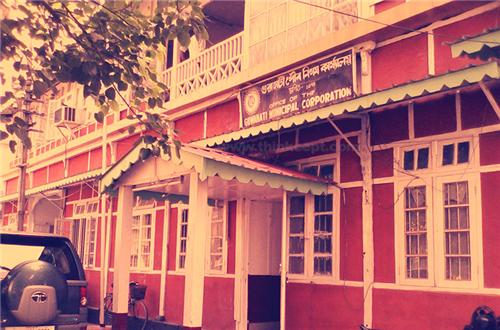 Guwahati is the capital city of Assam and the gateway to all other states in the North East and is the commercial hub of North East India with all major national and multinational companies having their regional offices in the city.

Guwahati is situated on the southern bank of the mighty river Brahmaputra surrounded by beautiful green hills. The famous Kamakhya temple in Guwahati attracts thousands of devotees from all over the country. It witnesses large number of devotees during Manasha Puja and Ambubashi Mela. With some of famous temples like Navagraha, Sukreswar, Poorva Tirupathi, Umananda, Doul Govinda Temple, Balaji Temple, Dirgheswari Temple, etc Guwahati is also known as the Temple city. The hermitage of Basistha Rishi is located in the southern part of Guwahati.

The Corporation is headed by a Mayor and a Deputy Mayor along with the council of 60 elected ward commissioners. There are also 5 standing committees of the council to supervise their various works for a swift running of the Municipal Corporation. The GMC presently covers an area of 216 km² which comes under its jurisdiction and is divided into 60 municipal wards covering the whole of Guwahati city.

The major branches of the Guwahati Municipal Corporation includes -


The different sources of Revenue collected by GMC are as follows:

Each revenue zone is headed by a Deputy Commissioner while an executive engineer heads the public works department.