Akhomiya Kotha Sobi or Assamese cinema, was born with the release of Joymoti in 1935 by Jyoti Prasad Agarwala. Assamese movies flourished after that and it witnessed an upward growth with the movies of Bhabendra Nath Saikia and Jahnu Barua who brought in content, style and magic to Assamese cinema. 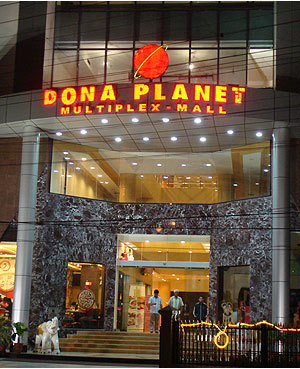 The Assamese film industry  has been unable to have a strong foothold in the industry and was significantly overshadowed by the larger Bollywood industry. However, many Assamese directors have tried to improvise on their movies in the beginning of the 21st century It witnessed many Bollywood-style Assamese movies hitting the screens.

Cinema is the major source of entertainment in Guwahati. Enjoying a movie in the weekend is always a good option for the office goers.

Anuradha cine-auditorium was inaugurated by the then Chief Minister of Assam, Shri Mahendra Mohan Chowdhury on 1st of January 1971. The first film screened at this cinema hall was "Tum Haseen Main Jawaan", a movie directed by Bhappi Sonie starring Hema Malini and Dharmendra.

There are several cinema halls in Guwahati where tourists can freak out. Following  are the names and address of Cinema halls and multiplexes located in Guwahati.

Explore more about Entertainment in Guwahati