Guwahati is the Gateway to the Northeast as it is the major cultural, political, educational, transportation and commercial hub of Northeast India. Guwahati is known for its rich culture and tradition, celebration of festivals, cuisine, people and its cosmopolitan nature.

The largest city of Assam and Northeast, Guwahati is among the fastest developing cities in India. Guwahati is also known as the “city of temples” due to the existence of many ancient temples here. Let us discover the multifaceted aspects of the Guwahati city- 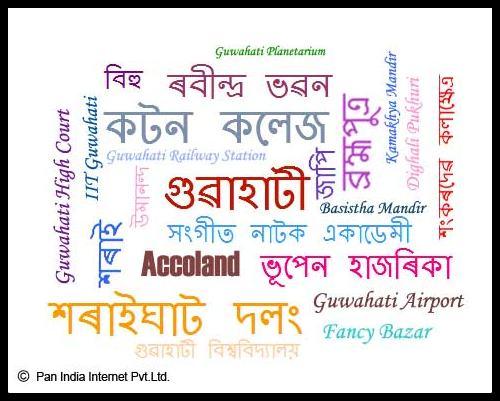 Guwahati Past and Present

The history of Gauhati goes back to thousands of years. The mention of the city has been made in ancient puranas and epic where Guwahati has been referred to as one of the ancient cities of Asia. The Kamakhya, Basistha and Navagraha temples which have an existence here since ages prove the existence of Guwahati in ancient times. The Ambari excavations trace the existence of the city to the 6th century AD. Guwahati was named as Gowhatty in the pre colonial and colonial time, Gauhati in British era and was again changed to Guwahati in the late 1980s. Guwahati was known as Pragjyotispura in the ancient time due to "Jyotish Shastra" (astrology) being practiced here.  It was the capital of the ancient Assam which was earlier known as Kamrupa. The name Guwahati is a combination of two Assamese words- “Guwa” meaning areca nut and “haat” meaning market, and therefore the name becomes Guwahati.

The present day Guahati is a cosmopolitan city, developing at a rapid speed.  The government has made all the endeavors to develop the city in terms of culture, economy, transportation, education, and providing basic amenities to the people.

The Guwahati city has become the most important trade hub in Northeast India. Guwahati is the hub  for marketing, retail and wholesale distribution. Tea and oil manufacturing are an important contributor to the economy of the city. Now-a-days real estate business has also developed in Guwahati.

Guwahati comes under the Kamrup district. Dispur, the capital of Assam, is located in Guwahati. The Guwahati city is situated between the southern bank of the Brahmaputra River and the foothills of the Shillong plateau. Guwahati is again expanded to North Guwahati.

Guwahati is the main centre of cultural activities in Assam. Guwahati can be seen engulfed in music 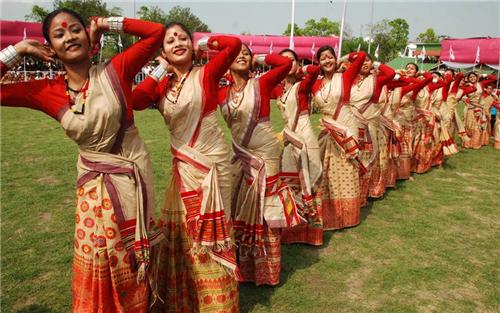 Guwahati is one of the main tourist hubs in the entire Northeast India. The city is endowed with many beautiful places of tourist attraction. Every year thousands of tourists visit the place to appreciate its beauty. Guwahati is blessed with ancient temples, ponds, lakes, museums, heritage sites and sanctuaries. The mighty Brahmaputra River is one of the major attractions of Guwahati. It is the lifeline of Guwahati. Other tourist attractions of Guwahati include Deepor Beel, Digholi Pukhuri, Guwahati Planetarium, Accoland, Guwahati Zoo, Assam State Museum, and Srimanta Sankardeva Kalashetra. Among the many temples in Guwahati the first name that comes to mind is the famous Kamakhya temple. People not only from India but from abroad come to visit the temple to seek the blessings of Goddess Kamakhya. Other famous temples in Guwahati include the Aswaklanta temple, Doul Govinda temple, Iskcon temple, Basistha temple, Balaji temple, Ugratara temple, Navagraha temple, Sukreswar temple and Umananda temple and many others.  For more on tourism in Guwahati, click here 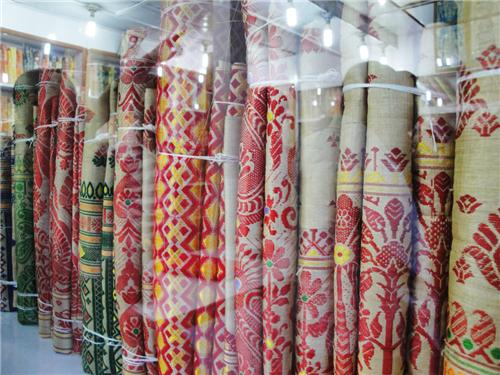 Shopaholics would also find Gauhati a hub for shopping both contemporary and traditional items. In the many markets in Guwahati one will find the beautifully made silk items like “pat silk” and “muga silk”.  Assamese traditional jewellery is yet another splendid work the city has to offer to the tourists. Tourist coming to Guwahati can shop in the malls located here which includes the HUB, Dona Planet, Sohum Shoppe, Sohum Emporio, Westside, Pantaloons, Big Bazaar, Metro Bazar, Vishal Megamart,  Reliance Trendz, Shoppers Point, Megha Plaza and so on.

Guwahati has a well developed transport system. The Lokopriya Gopinath Bordoloi International Airport in Guwahati is the major airport of the city. All major domestic flights fly to and from Guwahati. Guwahati Junction railway station is the major station of Guwahati. Guwahati falls under the Northeast Frontier Railway Zone of the Indian Railways. There are trains from Gauhati to the major cities of the country and vice-versa. Guwahati connects the national highways within Assam and the other states of the Northeast. The national highways connect Gauhati to the entire Northeast, Bihar, Jharkhand and West Bengal. Transportation within the Guwahati city is facilitated by buses, autorickshaws, trekker jeep, cycle rickshaws and so on.

The Guwahati city as mentioned is a rapidly developing city coping with both the traditional and the contemporary way of living. Everything about this city makes it a most sought-after place for which tourists find it a must to do thing to visit Guwahati.